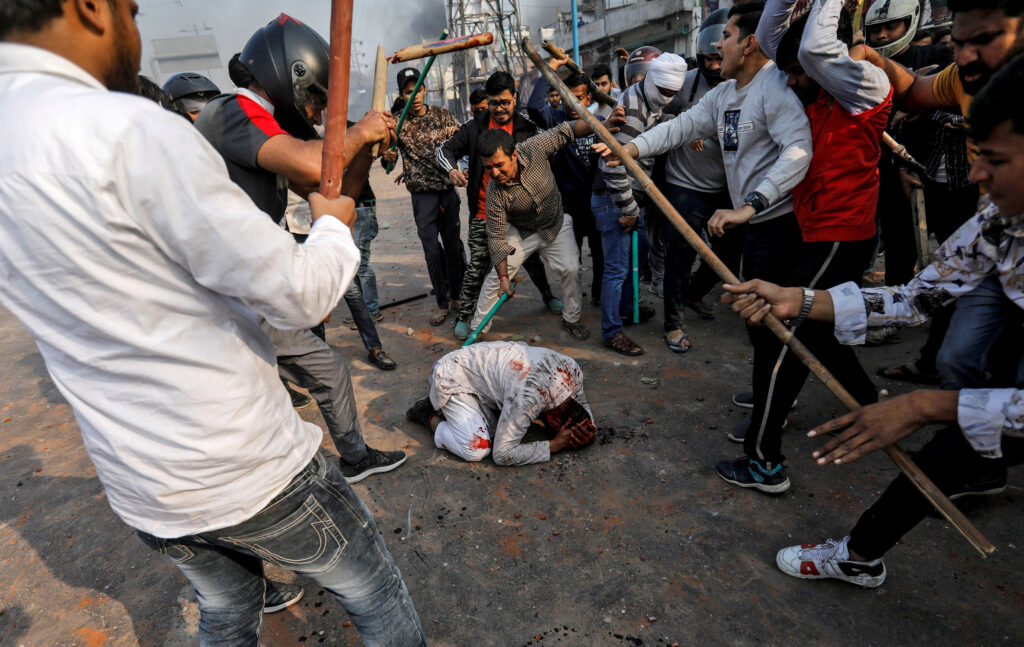 Washington DC: At a panel discussion, international experts on genocidal violence warned on Tuesday the impending danger of ‘genocide’ of India’s 200 Million Muslims under the watch of present Indian regime. They alerted the international community to wake up to this lurking danger as unfolding situation in India is grim.

The panel discussion on “Ten Stages of Genocide and India’s Muslims,” expressed an urgent need to not only’ indict and sanction’ the Indian government, but to also expose it in the international community to prevent crimes against humanity. The discussion was organized by the Indian American Muslim Council.

In his opening remarks, Dr. Gregory Stanton said, “Preparation for genocide is definitely under way in India.” He explained, “The persecution of Muslims in Assam and Kashmir is the stage just before genocide. The next stage is extermination—that’s what we call genocide.”

Dr. Stanton is the founder-president of Genocide Watch, an organization that works to predict, prevent and stop genocide and other forms of mass murder in the world. He also served in the U.S. State Department in the 1990s when he drafted the UN Security Council resolutions that created the International Criminal Tribunal for Rwanda.

He stated that the “systematic crimes against humanity is already underway” in India. He mentioned the demolition of Babri mosque and building of a temple as “important in the development of cultural underpinnings for genocide.”

Reacting to the fact that Delhi Police arrested hundreds of Muslims in Delhi riot cases and accused them of violence against themselves, Dr. Stanton termed it “denial,” the last stage in genocide. “Denial is the tenth stage of every genocide.  It starts actually at the beginning and goes all the way through to the end and afterwards…That’s what is going on when they are charging Muslims with, would you believe it!, killing themselves? I don’t believe it! And I don’t think anybody should believe it,” Dr. Stanton said.

Teesta Setalvad, a well-known human rights defender in India mentioned that violence against Muslims worsens their socio-economic conditions and enables genocidal targeting. “Lack of social and economic opportunities, constant fear and insecurity among the Indian Muslims which is generated through this abrasive exclusionary tactic of hate speech and othering, is something that could possibly fit in to the possible build-up of the genocidal situation,” said Ms. Setalvad who did years of pioneering work in exposing and bringing to justice the perpetrators of anti-Muslim violence in Gujarat.

Dr. Qasim Rasool Ilyas, a veteran Muslim political activist, and the father of Dr. Umar Khalid, a globally recognized human rights defender who has been falsely accused of inciting violence and arrested just weeks ago, mentioned that Muslims of Uttar Pradesh are among the worst affected by the persecution and killings.

He summed it up, “The chief Minister Mr. Yogi Aditya Nath is a known enemy of Muslims, is the main architect of systematic targeting of the Muslim community through encounter killing to illegal arrests and falsely framing. Many Muslims were subjected to Mob lynching on the false accusations of trading and consuming beef and in many cases the victims succumbed to the torture while Police remained a mute spectator.

Dr. Ilyas concluded his remarks with a question. “Can a country which claims to be the largest democracy, force its 14% of the population into suppression and submission and deny them their human and constitutional rights without inviting the wrath of the international community?”

Among others who talked about India exhibiting various stages of genocide include Ritumbra Manuvie, the Executive Director of The London Story, a nonprofit foundation that works on hate speech and hate crimes. As a Commonwealth Scholar at the University of Edinburgh, Dr. Manuvie conducted research on the construction of citizenship in Assam, the Indian state where Mr. Modi’s government has controversially designated two million residents as foreigners following a dubious process called the National Register for Citizens.

Rasheed Ahmed, Executive Director of Indian American Muslim Council sharply criticized the silence of the United State government about the February 2020 anti-Muslim pogrom in Delhi not far from where President Trump held a press conference.

Tina Ramirez, a Human Rights expert, who has travelled to India and knows all too well the deepening challenges to religious freedoms in India effectively moderated the panel discussion.