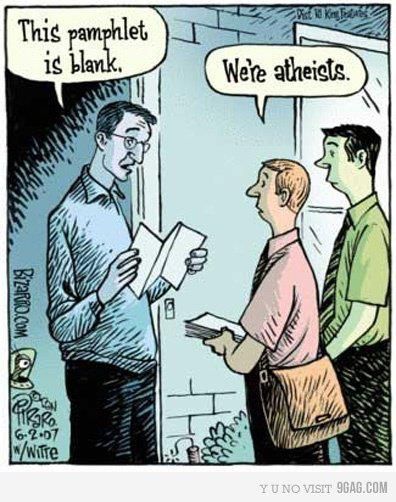 Hermann Rorschach (1884-1922) was a Swiss psychiatrist well-known for developing a projective technique coined as Rorschach inkblot test. Rorschach was trying to relate human perception to personality characteristics. He believed the way subjects describe ambiguous inkblots can provide valuable clues to their basic inner feelings, personality traits, or could even diagnose mental illness, as each individual sees a given inkblot card based on his or her perception and personality. Psychologists then can deduce from the described images, if the subject is a lover, fighter, hatemonger or schizophrenic. Rorschach’s approach is meant to reveal how a person unconsciously processes information.

Our understanding of external reality could be similar to our interpretation of mishmash inkblots. We tend to project what we cherish to what is before us. If one is obdurate and does not engage in constant re-examination, an error in judgment is inevitable.

For example, there is one particular group of scientists who adhere and promote militant atheism. The members of this group constantly look into the seemingly mother of all ambiguous cards: living organisms. Apparently, these ubiquitous natural cards are so deceptive which makes it very hard for an average layman to correctly tell what they could possibly entail. To this group, by analyzing the entire universe, the only thing that one can detect with absolute certainty is that each card is uncaused, unguided, unplanned, the end result of an undirected mindless material process that has randomly evolved out of nowhere with no purpose, no intent. All organisms in nature individually and collectively may look intelligently designed, but they are not. The illusion of design can fool unwary observers. Any other inference is nothing, but dogmatic religious interpretation. One is indeed stupid, and a pathetic loser if one thinks otherwise.

No doubt, such a card reading can tell plenty about the psychological makeup of the individual.

Ironically, ardent atheist scientists presuppose their own interpretation is not a subjective construct, but hardcore science. This is a sign of sheer arrogance and cynical overconfidence. The likes of Richard Dawkins and Lawrence Krauss would like us to think that it is science which leads them to atheism. But, is it? As it happened for one ex-atheist: Antony Flew, it was precisely science which led him to steer from atheism to theism. These supercilious scientists are so impressed with their own narcissistic interpretation; always think of themselves as being so rational, geniuses, rare prodigies that appear once in a millennium, who boldly would go where only reason and evidence point to.

On the other hand, if any dissenting scientists, advocate intelligence behind complex designs, it is none other than their religious inclination which leads them to conclude there must be an Intelligent Designer involved. The conflict in visions between the atheists and the so-called “believers” is said to be due to the immaculate scientific objectivity of one group, verses the obtuse religious subjectivity of the other group, even though both groups are scientists by profession, with similar academic credentials, and products of the same educational system. One is apparently a weak slave of religious indoctrination; the other a strong champion of truth-seeking freethinkers humanist society. Why is there such a preposterous double-standard? Why should we assume the likes of Dawkins and Krauss are saints, that they cannot be dogmatically influenced by their very own atheism, influenced by their secular Godless religion, or perhaps by temptations for fame and wealth? One could be the world greatest scientist in biology or physics, but still have a dogmatic mind.

The most bizarre aspect of the Dawkinsian interpretation of nature’s “inkblots” is the attempt to universalize it, as though it is a proven fact, that there is only one valid causal explanation for the universe, and that is the naturalistic account. Everyone has to interpret inkblots the way neo-atheists do.

To maintain the naturalistic conformity, the neo-atheists shoot down any alternative explanation at the infancy by appeal to ad hominem attacks, character assignation, name calling, and condescension to regularly stigmatize and discredit their opponents, a deplorable approach in what purports to be an impartial scientific investigation. This is indeed a disgustingly low strategy to win a debate.

After all, is it not possible that organisms look like they are designed, simply because they are precisely designed for a purpose? The implication of such a possibility should not be bothersome for genuine lovers of truth. To say the least, the question deserves a fair and equal consideration. Yet, in the midst of conflicting opinions, who would most likely be in error, the one who is intolerant and displays arrogance or the one who humbly submits to the Grand Designer?