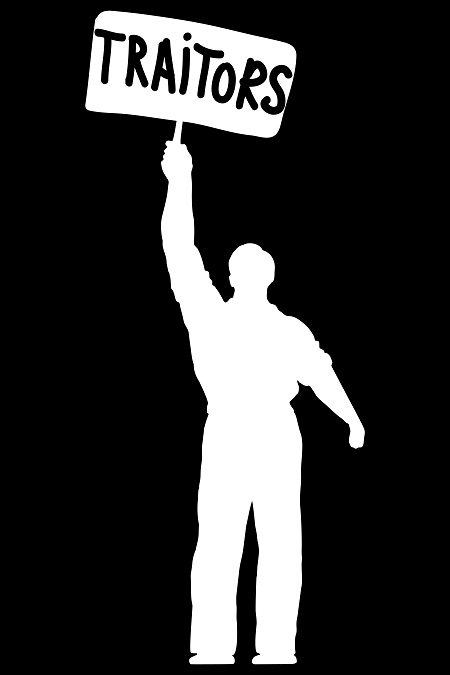 What’s wrong with scholars like Hamza Yusuf, Abdallah bin Bayyah, Habib Ali Jifri, et al., supporting Arab dictators and legitimating their regimes? There has been lots of analysis on the 2018 UAE forum for “promoting peace,” but some of this analysis misses the mark.

For example, what I keep reading over and over again is that Saudi and the UAE are not truly tolerant and they are not truly democracies, therefore it is a major violation for scholars to support them. This is silly. When did democratic secularism and liberal tolerance become the standard for determining legitimate vs. illegitimate governments as far as Islamic morality is concerned? This makes no sense.

Another criticism is that these are brutal regimes that have shed the blood of many innocent Muslims and oppressed many more. This is a good criticism. It boggles the mind how any informed person could excuse, much less defend, a scholar who has made a career out of praising clear oppressors and their regimes. (And to be fair, there are uninformed individuals who need to be shown the exact implications of their excuses and defenses of such scholars.)

It doesn’t matter if you think the scholar is a wali. What about the hundreds of thousands of people being killed and oppressed by the tyrants your “wali” is praising? You don’t think there were any awliya buried in the rubble or gunned down in Yemen, Palestine, Egypt, Syria, etc.? Only your favorite scholar is a wali, but not any of the hundreds of thousands of Muslims killed and oppressed by these dictators? What about the scholars that these tyrants have jailed or executed? Is it not possible that those scholars were awliya? This whole “wali card” is ludicrously incoherent and, when you think about it, quite despicable.

Now the further point here is that these scholars are the successors of a long line of co-opted ulama who, historically, would use religious arguments to support the colonizers. Since the beginning of the colonization of the Muslim world over 200 years ago, the colonizers figured out that the best way to avoid backlash from the native Muslim population was to get traditional scholars on the payroll. These scholars would then go around teaching about the virtues of loyalty to the new colonial masters and the values of peace and co-existence with them, the “wisdom” of their culture and religious traditions, etc. These scholars would teach the community to disavow Islamic governance, to disavow khilafa, to disavow jihad, to disavow the Sharia, to eschew religious exclusivism, etc. They would emphasize this idea of الإنسانية قبل التدين (humanity before religiosity), essentially promoting the central tenet of liberal humanism. In the end, anything that could possibly threaten colonial power was denounced as “backwards” and, ultimately, “un-Islamic.” This was to ensure that the Muslim community would not violently resist the new political order that had been brutally imposed upon them and would, instead, become docile, accepting subjects of the invading colonial force and its systematic domination.

Prominent scholars who played this role for colonizers over the past 150 years include figures like Muhammad Abduh, Uthman bin Yahya, Mohammad al-Hajwi, Mustafa al-Maraghi, Syed Ahmad Khan, and many more. Of course, there were other scholars who fought the colonizers and considered resisting colonial invasion necessary jihad in defense of the Umma. These included figures like Omar Mukhtar, Abd al-Qadir al-Jazairi, Imam Shamil, Imam Bonjol, and Muhammad `Abd Allah al-Hasan. These brave Muslim leaders were denounced as barbarians (what would be called “extremists” or “Islamists” in today’s nomenclature) by those religious scholars who had been bought by the colonizers. Thankfully, most of our ulama today are in the mold of these brave figures who fought on behalf of the Umma instead of the minority who betrayed it. So, in a nutshell, that is what is so wrong with scholars legitimating secular Arab tyrants. They are endorsing the current day neocolonial project of secularizing and subduing the Muslim world via brutal Western-backed puppet tyrants, who are themselves agents of Western imperialism. This is precisely how these scholars are contributing to bringing the Umma under the control of Western (and Israeli) powers economically, politically, socially, culturally, and, of course, religiously. (And notice how these “peace” initiatives always have Zionist representatives and representatives from Western security and anti-extremism agencies.) This is the “peace” that they are promoting: Be peaceful while the West continues to rape you. Be peaceful while the oppressors continue to slaughter you. Be peaceful while the missionaries and the Zionists indoctrinate you and turn you away from your deen.

This is a huge betrayal of the Umma and should be denounced in the strongest terms, lest this behavior become normalized in and acceptable to the community at large.

But let’s not forget the social justice imams in the West who are also legitimating tyranny. Instead of praising MBS, MBZ, et al., they praised Hillary Clinton, campaigned for her, endorsed her, etc. They went far beyond merely picking Clinton over Trump as the “lesser of two evils,” but instead expressed enthusiastic support and even giddy joy at the thought of electing her as president, and told the Muslim community that it is a religious obligation (fard) to vote for her, even though she was directly responsible for the destruction of at least one Muslim country and had threatened war against others. So, what makes these scholars for Hillary any different from the tyrant endorsers?

Abu Dharr related, “I was walking with the Prophet ﷺ and I heard him saying: “There is something I fear for my Umma more than the Dajjal.” He repeated it three times. So I said: “O Messenger of Allah, what is it other than the Dajjal which you fear most for your Umma?” He said: “Misguided Imams.” [Musnad Ahmad]

And as far as advancing the secularizing, liberalizing colonial project, a scholar doesn’t have to attend a UAE sponsored peace forum to do that. There are some imams who are doing that without even leaving the country. They simply endorse liberal political platforms and, in effect, if not intent, promote perennialism (the view that all “sacred” religions are acceptable to Allah), LGBT, radical feminism, abortion rights, dissolution of family, dissolution of marriage, etc., etc. Their vocal support of these left-wing political factions and policies colonizes the Muslim minds in the West and furthers the colonial project in the Muslim world as well. They are providing the veneer of religious legitimacy to views that are deeply antithetical to Islam and are harmful to the interests of the Umma writ large. Furthermore, they are benefiting financially from these liberal connections and are granted access to many circles of power and influence within governmental and non-governmental organizations as well as think tanks, media, “charitable” funds and foundations, and billion-dollar companies. So, there is nothing more hypocritical than such social justice imams and activists acting indignant and holier-than-thou with respect to Hamza Yusuf, et al. They’re just the other side of the same coin.

Of course, the vast majority of imams and scholars in the West and the East have nothing to do with such evil alhamdulillah. We need to support these ulama for their bravery and principled stance against the tide. These are the Omar Mukhtar’s of our times. May Allah bless these scholars of haqqand us with them, and protect the Umma from every evil tyrant and every traitorous scholar.