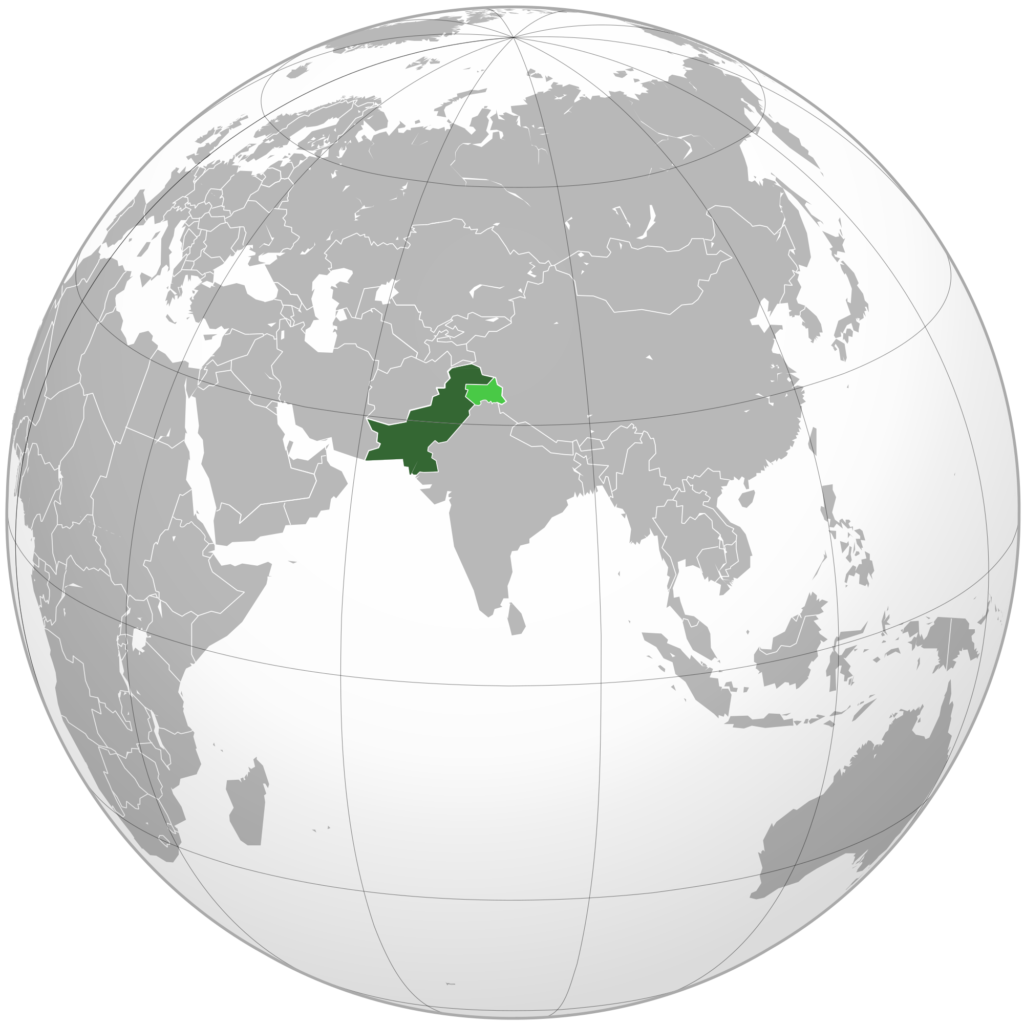 At the end of July, Imran Khan was elected as the Prime Minister of Pakistan. He ran on an anti-corruption, pro-welfare campaign that promised to restore dignity and prosperity to the lives of the Pakistani people. He said he would usher in a “New Pakistan” that was built on transparency, welfare and meritocracy.  He went as far as to label his vision of Pakistan to be built upon “the Madinah Charter”, which his party the Pakistan Tehreek-e-Insaf (PTI) have described in their manifesto as“… the foundation of the model Islamic state, an egalitarian society based on the rule of law and economic justice – the first welfare state in the history of mankind.”

Beyond such lofty words, what is the substance behind Imran Khan’s vision for Pakistan. What can he do to protect, enrich and restore dignity to our Ummah?

It is no small matter for a Muslim politician to compare their work to what our Beloved Messenger (saw) achieved in Madinah. In the last 10 days of Ramadan, in the cave of Hira, RasulAllah (saw) was revealed a message that commanded him to proclaim to the whole world to worship one God alone, and obey Him and His Messenger in every aspect of their lives, from the personal to the political. He was commanded to convey a message that called for the restructuring of every aspect of the individual and collective life of his society.  He criticized their worship of idols, their deceptive economic transactions, and how they made political decisions. His message led to 13 long years of bitter struggle, torture and persecution in Makkah. RasulAllah (saw) was given many opportunities to compromise this message, but he refused to concede any of Allah’s Message to achieve a political gain, even as his followers were being tortured and killed. It is in this context that two tribes from Yathrib pledged their allegiance, their lives and wealth, to the Message of Islam and built a society that was founded upon the laws of Allah (swt) alone and referred to Him in all their affairs. This was the Madinah state; a state that was built upon the unparalleled Justice and Mercy of the Most-Merciful and All-Wise, and that resisted the unjust economic practices, dehumanizing military practices, and destructive social ills that were rampant in the rest of the world. It was this state that also gave protection to all its citizens, both Muslim and non-Muslim from both external threats and from injustice and abuse.

For a Muslim politician to invoke Madinah with sincerity, is for them to commit themselves to challenging the roots of corruption, unjust wealth distribution, social discord and tyranny by applying Allah’s law upon Allah’s land. Is this what we see in Imran Khan’s “New Pakistan”?

While Imran Khan has promised prosperity to the people of Pakistan, especially the vulnerable, his economic policies offer little hope for meaningful change.  It is not enough to be against blatant corruption; rather, Pakistan needs a new direction for its economic revival. Pakistan’s economy will continue to suffer if its natural resources are not nationalized and used to take care of the developmental needs of the country. As RasulAllah (saw) tells us: “The people are partners in three: water, pastures and fire” [Abu Dawud]

Additionally, Pakistan will never leave its burden of debt until it makes clear that it has no intention of paying off the years of interest payments and will confidently default on these payments. While this will require the Ummah to make sacrifices to support such a transition, it is critical for the Ummah to abandon interest-based economics which invites the anger of Allah (swt) upon us. Instead, we should rely on the above hadith and negotiate the necessary bilateral trade agreements using the resource wealth that Allah (swt) has endowed the Ummah with. This path is difficult, but a true leader would recognize that it is the only path that allows Pakistan to be independent and to avoid being at war with Allah (swt) for having indulged in riba.

Rather Imran Khan wants to privatize resources, and wants to take more loans from the IMF, which will continue to force Pakistan to spend its wealth servicing debt as opposed to investing in its people. Until Pakistan breaks away from the Capitalist system by disengaging with its systems of debt and departing from notions of “privatization” and “market liberalization”, it will merely be a colony of the US, which is nothing new.

Protecting the Land of Islam

Protecting the blood of the Muslims, and the non-Muslims who live under Islamic rule, is one of the most sacred obligations of an Islamic ruler; the Caliph Umar would worry about facing Allah (swt) if a mule under his care would trip on a road in Iraq!

Consider then the warm welcoming of US state secretary Mike Pompeo to Pakistan, just weeks after the PTI formed the government. It is well known that the US destabilized Pakistan’s relationship with all its neighbors by strong-arming Pakistan into taking part in the “War on Terror”.

It is also well known that the US is escalating its level of involvement with Pakistan’s enemies, signing an agreement with India named COMCASA, which will improve communications sharing of defense platforms between Indian and US military operations.

It is also clear that the US uses it extensive network of embassies and military bases, maintained in Pakistan, to conduct intelligence operations that can lead to the abduction of people like Dr. Aafia Siddiqui, or even the wholesale murder of Pakistanis as in the Raymond Davis network.

And it is common knowledge that the top leadership of the Pakistani Army establishment, which has received approximately 8 billion dollars in just direct aid from the US since the start of the “war on terror”, according to the US Congressional Research Service, is in the hands of its colonial masters.

Given these facts, a genuine Islamic leadership would not receive the US State department head, but it would rather end the network of US spy-consulates and bases in Pakistan and would empower the sincere officers of the Pakistani military to remove the treacherous top leadership. A true Islamic leader would end the NATO supply lines that run through Pakistan to visit destruction upon our brothers and sisters in Afghanistan. These supply lines are the last thread that the US wants to hold onto in a losing battle in Afghanistan, and to maintain its control in the region.

It should be remembered that we are not allowed to power-broker with the enemies of Islam, especially not when the price is Muslim blood. And if it is power we seek, we should remember the words of our Creator:

“Those who take disbelievers for allies instead of believers, do they seek power with them? Verily, then to Allah belongs all power.” [TMQ 4:139]

The Root of the Problem

Pakistan’s solution is not a prime minister who is not personally corrupt. That’s because the root of Pakistan’s problem is not corruption, rather the root of Pakistan’s – and the Muslim world in general – problem is an unwillingness to break away from the norms and practices set for us by our colonizers. As long as we continue to embrace the institutions of liberal democracy, capitalism and secular liberalism, and just attempt to apply them more fairly and with an Islamic flavor, we will never succeed in reviving our societies. Rather, we will continue t0 be a subjugated people, that the Capitalist nations will use for our abundant resources and cheap labour. We will continue to fail because the Capitalist system is alien to Islam and does not emanate from the Islamic Aqeedah – the same Aqeedah that RasulAllah (saw) and his companions (ra) fought for and sacrificed their blood for.

It is the Aqeedah of Islam – and the economic, social and political systems that emanate from it – that allowed RasulAllah (saw) to create a society in Madinah that is unparalleled in the history of Mankind. A society that protected the lives, wealth, and dignity of each of its members and that struggled against injustice and misguidance across three continents.

We must therefore reject any half-measures proposed by politicians and solely demand the full implementation of Islam. It is only through committing ourselves to obeying Allah (swt) and calling for His revealed guidance, and following the example of His Messenger (saw), that we will regain our place as an Ummah revealed to Mankind to enjoin what is good and forbid what is evil.

It is only through uniting as one Ummah that collectively calls for the return to the complete Islamic way of life, through the resumption of the Khilafah state, that the Muslims will regain their dignity.

” Have you not seen those who claim to have believed in what was revealed to you, [O Muhammad], and what was revealed before you? They wish to refer legislation to Taghut, while they were commanded to reject it; and Satan wishes to lead them far astray…So how [will it be] when disaster strikes them because of what their hands have put forth and then they come to you swearing by Allah, “We intended nothing but good conduct and accommodation.” Those are the ones of whom Allah knows what is in their hearts, so turn away from them but admonish them and speak to them a far-reaching word.” [TMQ 4:60-63]