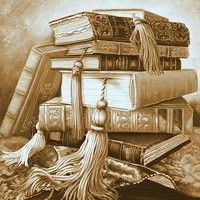 People sometimes mix the meaning of “Hadith,” which literally means “speech” in Arabic, with the colloquial (Istilaahi اصطلاحي ) use of “Hadith” as used by the scholars of Islamic Shari’ah, which means “a narration that describes the speech, actions, or silence of the Messenger of Allah (saw).”

Allah (swt) refers to the Qur’an itself as a “Hadith” (using the linguistic meaning, “speech”), such as in Surat Al-Mursalat, Allah (swt) says فبأىٍ حديث بعده يؤمنون “Then in what speech (Hadith) after it (the Qur’an) will they believe?”

Also in Surat Al-Qalam, Allah (swt) says فذرني ومن يكذب بهاذا الحديث سنستدرجهم من حيث لا يعلمون “So leave me with those who deny this Hadith (the Qur’an), We will progressively lead them (to punishment) from where they do not know.”

And Allah (swt) also refers to news or stories as “Hadith,” such as in Surat Al-Nazi’aat هل أتاك حديث موسى “Have you not heard the story (Hadith) of Musa?”

And so on. So the first issue is the word Hadith is simply a linguistic term that means “speech, or “news,” or “something recited,” or “something told,” and so on, and this includes the Qur’an itself (linguistically).

As for the narrations regarding the actions, speech, and silence of Rasool Allah (saw), they are also called Hadith (“speech” or “news”), but they are associated with the process of verification (Jarh and Ta’deel), which is why it became colloquially associated with the title “Hadith,” as this was the most common use for the word in a Shari’ee context.

So, there needs to be a separation between the topic of the meaning of “Hadith,” and the topic of Jarh and Ta’deel (verifying the authenticity of a Hadith).

All classical scholars unanimously agree that we must follow the speech, actions, and silence of Rasool Allah (saw) based on the verse وما ءاتاكم الرسول فخذوه ومن نهاكم عنه فانتهوا “Whatever the Messenger gives you, take it, and whatever he tells you to abstain from, abstain from it.” This verse clearly says ما or “all of…” and therefore we take everything he came with, which includes the clear examples we have that he forbade things and described things outside of the Qur’an, such as how to pray Salat, how to perform Hajj, how much the amount of Zakat is, how to form a marriage contract, and so on.

Other clear evidences include:

– “He does not speak of his own desires, rather he only (speaks) Wahi revealed.” وما ينطق عن الهوى إن هو إلا وحي يوحى

– “Say: I only warn you by Wahi (revelation)” قل إنما أُنذركم بالوحي

– “It is not for a believer, male or female – if Allah and His Messenger judge on a matter – for them to have any choice in their judgement.” ما كان لمؤمن ولا مؤمنة إذا قضى الله ورسوله أمرا أن يكون لهم الخيرة من أمرهم

– “And if you dispute in any matter, then refer it to Allah and the Messenger.” فإن تنازعتم في شئ فردوه إلى الله والرسول

These evidences clearly differentiate between the direct words of Allah (the Qur’an) and the words of Rasool Allah (saw). There would be no reason to say “…and the Messenger” if the only source was the Qur’an. Clearly the speech (Hadith) of Rasool Allah (saw) is Wahi (revelation) as well, as the verse clearly says “…he only speaks Wahi revealed.”

The real danger with claiming that Ahadith are not a part of legislation in Islam (aside from the enormous sin, if not apostasy from Islam altogether) is if we abandon Ahadith, then we will lose around 70%+ of all the commands and prohibitions of Islam. We will lose most of the laws for the economic system, including land laws, currency laws, contracts, partnerships, agriculture, state/public/private property, Bait Al-Maal (state treasury), and specifics on trade, hiring ,and wages, and foreign trade. We will also lose almost all laws related to the ruling structure of Islam, including the position of Khaleefah, Walis (governors), rights and responsibilities of the Shura Council, and so on. And many other areas of Islamic legislation.

This is a very serious issue, and is becoming more widespread among Muslims in non-Arabic speaking countries who have little access to the classical books of knowledge that explain these issues in detail. Many Christians associate Ahadith with the problems of authenticity in the Bible, not realizing that the process of Jarh and Ta’deel is an extremely trustworthy and reliable process of verification of narrations that has been wholly preserved throughout the ages.

This idea of abandoning Ahadith because of a few weak narrations or a few odd narrations that do not fit the modern-day status quo of liberal secular democratic values is essentially an abandonment of the majority of Islam, and will essentially leave the Ummah of Islam entirely subservient to the colonialist nations and fully secularized by them, exactly as Christianity has become, with no way out, because we will have abandoned all the solutions of Islam that establishes our societal way of life.

Rasool Allah (saw) said “(The time is near) when one of you will say ‘This is the Book of Allah, only what is in it of Halal do we take as Halal, and only what is in it of Haram do we take as Haram.’ Truly, whoever hears a narration of me and he rejects it, then he has rejected Allah, His Messenger, and the one who narrated the Hadith.” [Ibn Abdul-Barr]