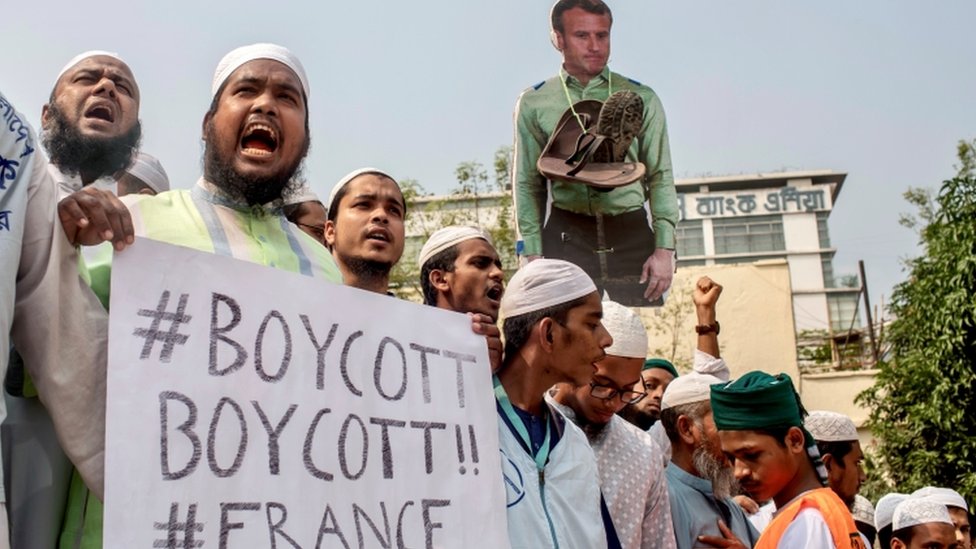 Boycott, collective and organized ostracism applied in labour, economic, political, or social relations to protest practices that are regarded as unfair. The boycott was popularized by Charles Stewart Parnell during the Irish land agitation of 1880 to protest high rents and land evictions. The term boycott was coined after Irish tenants followed Parnell’s suggested code of conduct and effectively ostracized a British estate manager, Charles Cunningham Boycott.
Now that we understand the historical context and origin of #boycott, we should further analyze an Islamic view on this strain of socio-political activism in light of the current events.
Boycott can only be carried out in a specific situation to attain a certain outcome which is congruent with one’s value system and is primarily driven by their respective worldview. It can be utilized as a tool in many situations such as but not limited to; better wages and working conditions for unionized labour, aiming to acquire equal rights in form of a civil disobedience movement or applying pressure on certain organizations/countries by not consuming their products and services.
Boycott by its very nature is only interested in bringing reform related to a specific issue however, is incapable of uprooting the baseline cause of the very issue.
While these sorts of campaigns are useful for expressing displeasure, they aren’t all that successful when it comes to changing baseline policies. For example, one of the most widespread grassroots campaigns of recent years – the 2003 US boycott of French wines – quickly caused a 26% drop in sales, but had little long-term effect on either France’s wine industry or its politics. Within six months, says sales had returned to the same trajectory that they had been on before the boycott.
By comparison, the economic sanctions against Russia following its invasion of Ukraine took longer to develop, but also had a much more significant impact. They were a stronger engagement and were well-planned with a clear, strategic purpose. And if you look at the performance of the ruble in 2015; it’s clear that they were very effective.
Comparing a consumer-based boycott to a national economic policy may smack of apples and oranges, but these two cases highlight the difference between a carefully planned campaign on a state level and a spur-of-the-moment boycott.
A case in point is recent events in France where Muslims for obvious reasons are emotionally hurt by the state’s actions and due to the lack of an Islamic leadership are left on their own to take retaliatory measures to the best of their capabilities and understanding of the situation.
Islam teaches us to follow the Prophet(saw) in all actions. Seerah of the Prophet (saw) serves not only as a guidance but also as a road map to bring about revolutionary changes in a socio-political and economical spheres and a boycott on a grass root level is most definitely not the tool which find its home in the prophetic mission.
We as an Ummah can’t afford to be shortsighted. We need to have a long term vision and an immediate goal to regain our lost dignity, honour and authority. Unless and until we diligently work towards reinstating the shield of the ummah i-e Khalifa, it’s delusional to expect a positive outcome from the exerted efforts and waste of resources that somehow France and the West in general will alter its stance against Muslims.
As the shield is reinstated; it’ll be Islam in its capacity as the state that these Kuffar would be confronting and not the diaspora of Muslims who are akin to being orphans without their shield.
Uncategorized